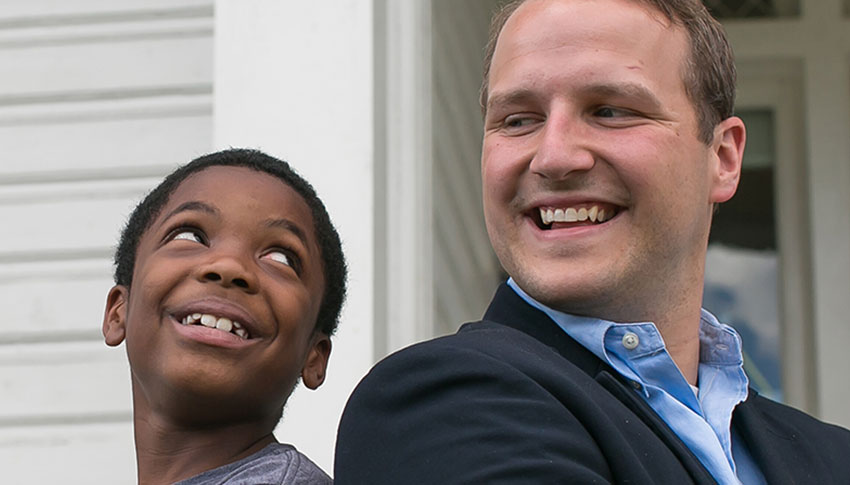 Our new Bigs in Blue program matches law enforcement officers with youth who need mentors and supports them in strong and enduring relationships. One of the goals of the program is fostering connections and understanding in our communities.

Philadelphia Police Commissioner Richard Ross Jr., a spokesman for Bigs in Blue, says he believes that in the same way Bigs always say they get as much out of the mentoring relationship as the Littles do, police volunteers will find a better understanding of the communities in which they serve.

“One of the reasons I’m all-in is because I see how valuable this will be for the law enforcement officers who volunteer to mentor,” Commissioner Ross says. “They too will gain understanding – Bigs in Blue is about building bridges and that’s what we need, especially now.”

Big Brothers Big Sisters of Greater Los Angeles is launching their Bigs in Blue program in partnership with the Los Angeles Police Department and the NFL’s L.A. Rams. The LAPD has a goal of recruiting 20 officers to volunteer as Bigs each year of the program, and the L.A. Rams will support the initiative by not only highlighting Bigs in Blue during a home game, but also providing tickets to BBBSLA matches.

In the communities that already have Bigs in Blue programs, teachers and parents have seen how impactful Bigs in Blue matches can be for children. In Milwaukee, for example, Redona Williams, the principal at a school with Bigs in Blue matches, says her students enjoy the time spent with the Bigs in Blue mentors so much that they return to their classes happy and satisfied. “This mentoring time seems to help build their confidence,” she says. “They tend to do better in their classes and are just flourishing, all because someone is paying attention to them.”

Featured in a “Today Show” segment were Big Brother Ryan, a detective, and Little Brother Robert. The Big Brothers Big Sisters of Southwest Virginia match has had a big impact on both Big and Little.