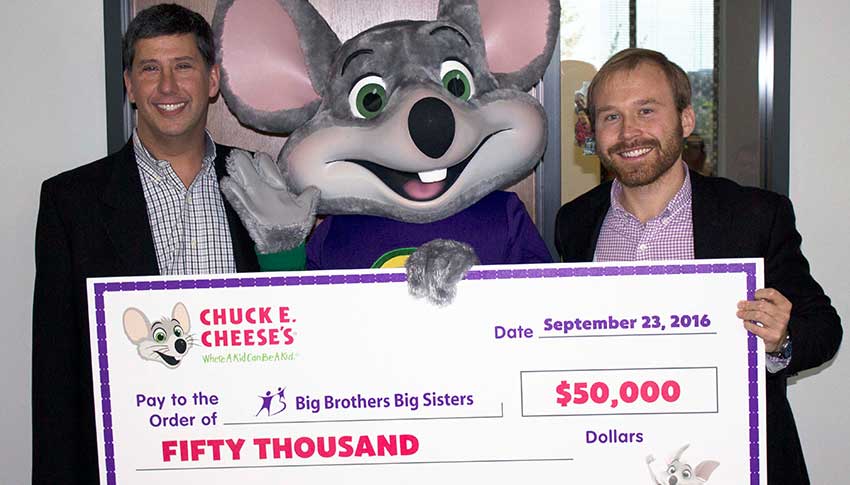 Mentoring is not all fun and games – except when we partner with Chuck E. Cheese’s. Our relationship with one of the country’s most popular pizza arcade venues is helping children across the country, not to mention giving matches something fun to do.