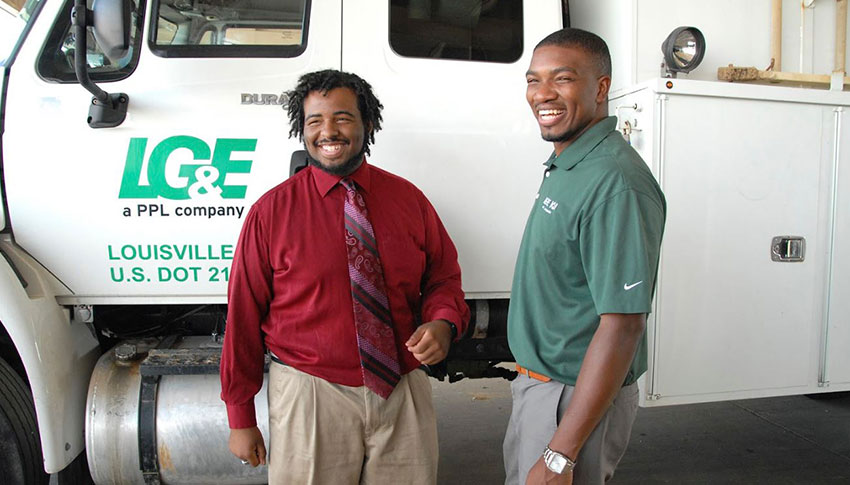 Little Brother Markel and Big Brother Antoine were matched for one year through Big Brothers Big Sisters of Kentuckiana’s School to Work program at LG&E (Louisville Gas & Electric.) Markel, 17, is a determined go-getter who has a comedic side – he and his Big Brother often provided the comic relief at BBBS events. He is a hard worker, but he knows when to take things less seriously. “He has fun in life,” his mom says.

This scholarship will be a big help to Little Brother Markel as he moves on to college. As a high school student, he never saw himself as someone who would go on to higher education, but after spending time with Antoine, who is an engineer, he was determined to succeed academically. Without Antoine, Markel says he wouldn’t have gone to college. “I would have been stuck in my shell,” Markel says. The days when he knew he would get to visit with Antoine, he was excited to go to school. He opened up and gained confidence. Markel’s mom says she knows he will excel in college because he’s determined, calm and collected, but also knows how to have fun.

Markel will study computer forensics at Sullivan University. Someday, he would like to open his own business.

Check out the full list of the 2016 Esurance Rising Star Students here.