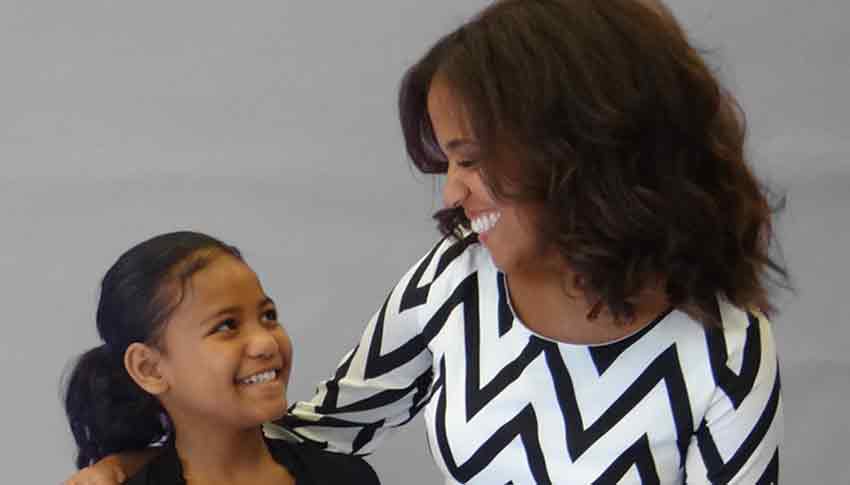 When Little Sister Jazzy and her grandmother arrived in Hawaii, they had nowhere to live and very little money. They stayed with a family member for a while and eventually ended up in a homeless shelter that was dangerous and scary for Jazzy. Her life certainly was hard after school, but at first, it was hard at school, too. Jazzy was bullied by other kids, and she struggled to keep up with lessons.

“When I went to school the first day, it was difficult. I didn’t understand,” Jazzy says. “The teacher called on me to answer but I couldn’t.” Jazzy’s grandmother spoke very little English when she first got to Hawaii, and was focused on meeting Jazzy’s basic needs.

At the homeless shelter, a Big Brothers Big Sisters of Hawaii staff member came to explain BBBS and to hand out applications for Littles. Right away, Jazzy knew she wanted a Big Sister. She was matched with Big Sister Lesley. For almost the first full year of their match, Jazzy was living in the homeless shelter. Even when it was overly complicated to make plans, because of the language barrier or the family’s lack of access to a phone, Lesley met consistently with Jazzy. They went to the movies, worked on school work, went fishing, and tried new foods.

“She takes her to do all kinds of things I didn’t know about before, like different botanical gardens [and] the zoo,” Jazzy’s grandmother says. “I’m so thankful for Lesley. If it wasn’t for Lesley, Jazzy would have never known about these new things in Hawaii.”

Big Sister Lesley tries to give Jazzy the opportunity to enjoy being a kid, but she also tries to make sure she is always learning new things and improving in school. Little Sister Jazzy says Lesley has helped her do more than adjust to school in Hawaii – she’s now excelling in it. “Lesley is special because she is able to explain things to me so that I understand it and get better at it,” Jazzy says. “I realized that by being with Lesley, she would help me accomplish my goals at school and, one day, I would get to go to college.”

Big Sister Lesley says she concentrates on sharing new experiences with Jazzy. She taught Jazzy that college is within her reach, even though none of her family members have attended, and that there is a broader world outside the life she has now.

In the three years since Little Sister Jazzy was matched with Lesley, Jazzy’s grandmother has worked hard to make sure that Jazzy now has a safe place to live. “But Jazzy and her family still live in extreme poverty, the kind of poverty that is all-consuming,” Lesley says. “Fortunately, Jazzy is resilient. And kind. And funny as all get-out. She is an absolute joy to be around, despite her hardships.”