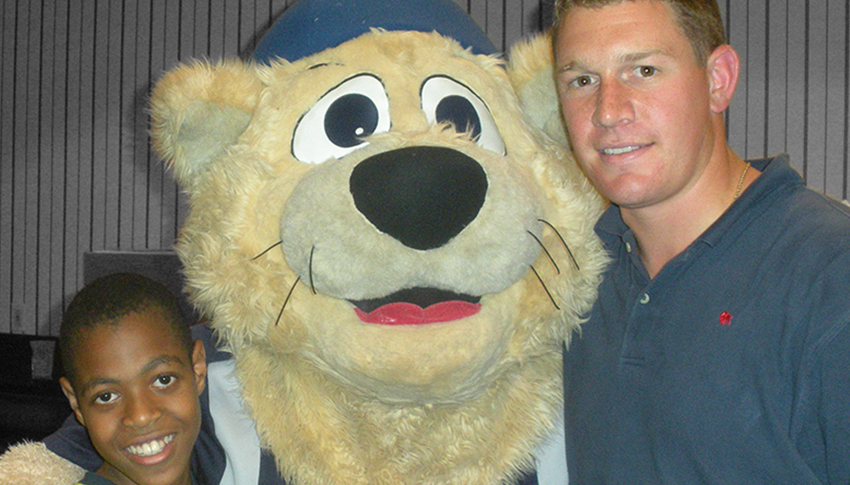 Big Brother Brian was used to being a little brother. He was one of two children, and his brother was less than a year older. When they were both still in college, Brian’s brother passed away suddenly. The loss was a huge blow.

“Being so involved in each other’s lives for 22 years, I could not imagine my life experiences without a brother,” Brian says.
When he learned about Big Brothers Big Sisters and one-to-one mentoring, he knew he had to get involved. “I thought back to my experiences as a younger brother and the importance of our relationship,” he says. Being a Big Brother would be a tribute to his big brother’s legacy.
About seven years ago, Brian was matched with Little Brother Rhyeem. Back then, Rhyeem was shy and had trouble making friends.

“I trust Brian because he always takes time to listen and answer my questions, and I know he will always be there for me.”
– Little Brother Rhyeem

In a short period of time, Rhyeem grew less shy and more comfortable in social situations. He lost his fear of dogs and large crowds. He learned how to shake hands and how to introduce himself to strangers. “Because Brian is my friend, this made me feel confident about being able to make more friends,” Rhyeem says. “Every September after meeting Brian, I started to feel more excited and less nervous about going back to school.”

Now, Rhyeem’s mom says she can barely remember her son being shy. She enrolled him as a Little Brother because as a single mom, it was hard for her to understand what her young son was going through. “For things like sports, friendships, and relationships I felt Rhyeem could use a male figure in his life,” she says.

Brian has filled that role by spending time with Rhyeem and teaching him new things. “Brian taught me how to play basketball games at the park, how to feed animals at the zoo, how to carve a pumpkin, make dinner, and shop for groceries,” Rhyeem says. “It’s important to me that we’re able to do things that guys do together since it was always just me and my mother in the house.”

Both Big Brother Brian and Little Brother Rhyeem have moved since they were match, and the match has persisted. Rhyeem was an usher in Brian’s wedding, and they now consider one another family. “It makes me feel special and important that Brian has continued to spend time with me while also making me part of his family,” Rhyeem says. “Through all of the changes in our lives since we met, Brian and I are still best friends.”