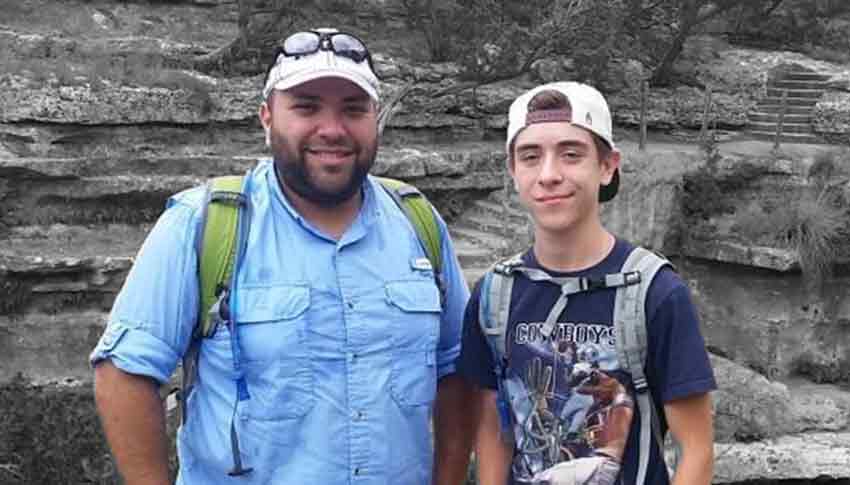 On a long canoe trip down the Guadalupe River, Big Brother Santiago let Little Brother Ryan, 16, navigate. “We agreed on what the commands would be for directions, and I taught him how to read the current, so his job was to look for rocks and low spots as we passed through small rapids,” Santiago says. At first, Santiago watched just as closely as he would have if he was the one navigating. But it was soon clear that Ryan was taking his job seriously, and Santiago was confident in Ryan’s ability to navigate them safely down the river. “His attention to detail and ability to follow directions never ceases to amaze me,” Santiago says.

When they were first matched about three years ago, Ryan wasn’t so open to learning from Santiago. He wasn’t open to bonding with his Big Brother at all. At their first match meeting, Ryan was distant and uncomfortable. He only answered when asked a direct question. Raised by his grandmother and disappointed by others who had come into his life for a short time, he was wary of Santiago. “Ryan was opposed to opening himself up to another person that may get up and leave at any given time,” Ryan’s grandma says.

“I’ve seen that with hard work and dedication, you can get somewhere in life. With heart and compassion, you become someone you respect and others respect and value as well.”
– Little Brother Ryan

Big Brother Santiago understood Ryan’s reluctance, and patiently tried to find ways to connect with the teenager. Santiago loves the outdoors, so he found activities they could do together outside, like canoeing. They bonded over their shared sense of humor, and Santiago won Ryan over by being there for him consistently. “His humor and dedication is inspirational to me,” Ryan says. “He takes the time out of his day, time out of his life, to spend time with someone he had nothing in common with.”

Ryan’s grandmother has seen Big changes in her grandson as a result of his relationship with Santiago. He has gained self-confidence and learned to interact more positively with both peers and adults. “Ryan has grown to be more aware of his actions as well as maintaining his grades and considering his future in the bigger picture,” she says.

A first generation college student with a successful career, Santiago first got involved with Big Brothers Big Sisters of South Texas because he wanted to positively affect his Little Brother’s commitment to school and help him plan for the future. He uses each outing to teach his Little Brother, share a new perspective or teach a new skill – like paddling carefully down a river in a canoe. “To me, it’s not about being able to go to a movie or a quick outing,” Ryan says, “it’s the fact that I learned something out of every experience in life.”