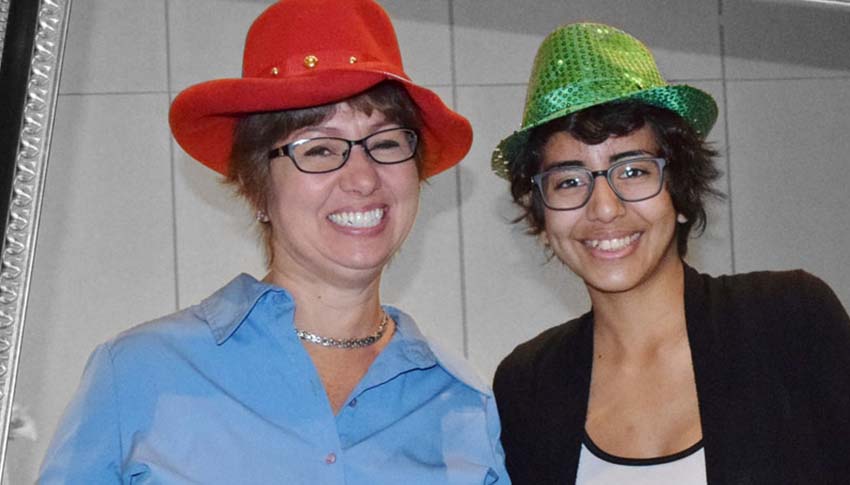 They have gone to see movies, spent time in the kitchen baking cookies, and strapped on backpacks to go hiking. But after being matched with Crystal for over nine years, Big Sister Dannielle says she is most thankful for the simple car rides with her Little Sister. “All the fancy plans, and places we have gone, my most treasured time with her was the car drives, picking her up and taking her home and the conversations that we had,” she says. “That time is priceless.”

Crystal could have gotten lost. With eight brothers and sisters, she got little individual attention. Her mother spoke only Spanish, but she found a way to enroll her daughter in Big Brothers Big Sisters of Central Arizona.

“As a single mother of nine children, three of which didn’t finish high school, I didn’t want to make the same mistakes I made with my older children with Crystal,” her mom says.

At age 8, Little Sister Crystal was matched with Big Sister Dannielle. The match began as a “Lunch Buddies” match, and Dannielle visited Crystal each week at school, playing games and getting to know her.

When they transitioned to a community-based match, they started spending time at museums and seeing movies together. Dannielle didn’t speak any Spanish, but she found a way to bond with Crystal’s family anyway. “Even though I can’t have conversations with Dannielle, I see the joy in her eyes when we do talk,” Crystal’s mom says. Dannielle and Crystal stayed connected even when Crystal moved, which happened more than half a dozen times during the first years of their match.

“As she has developed from a child into a teenager and soon an adult, I could not be prouder of the person that she has become.”

Dannielle has taught Crystal that it’s important to try new things, even if you think you won’t like them. “This has not always worked out,” Dannielle says. “She officially says no to seafood, except shrimp.” Crystal says Dannielle has also motivated her to embrace her creative side and to develop her talent for drawing and art.

One of Big Sister Dannielle’s goals in spending time with Crystal is to empower her to have control over her own choices and future. “I told Crystal I am not here to tell her what to do with her life. It is her choice and her life,” Dannielle says. “My job is to help show you the possibilities of what you can become and how to obtain those goals.”