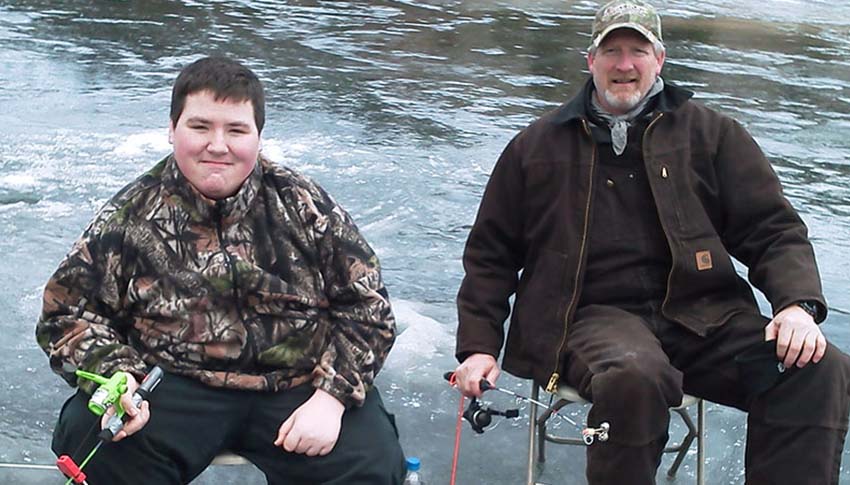 Bullying was a daily reality for Little Brother Bryan. He was teased constantly in school. Other kids told him over and over that he would never graduate. Bryan often lashed out at bullies. “I used to think that I could fight them as a way to stop them,” he says.

Bryan was unhappy and unconfident. “He was very disrespectful to me, to his peers, and to his family,” Bryan’s mom says. “Bryan didn’t know how to make friends, or keep the ones he would make.” Bryan’s mom tried counseling, but Bryan hated it. Finally, she decided to try to get Bryan a Big Brother. Little Brother Bryan was matched with his Big Brother, Jay, over seven years ago. After Bryan spent some time with his Big, Bryan’s mom started seeing a real difference in her son. “When I couldn’t get through to Bryan, I was able to talk to Jay and he would talk to Bryan and somehow get through to him.”

Big Brother Jay has a history of working with young adults, and welcomed the challenge of mentoring Bryan. “I remember filling out the paperwork and when I saw the question ‘what type of child is too tough or too hard to work with?’ I thought, ‘wow, what kind of question is that?’ No kid is too hard or tough. They all need someone no matter who they are or what they have been through,” he says.

At first, Bryan had trouble trusting Jay. He feared that Jay would quit being his Big Brother, that he’d stop showing up when he said he would. But Jay has been a faithful Big Brother for more than seven years, spending time with Bryan doing outdoor activities and helping him gain confidence and try new things. Jay told Bryan that he was not going to give up on him, and that they would stay brothers forever. When Bryan heard that, Jay says, “A huge smile came over his face. We went back to fishing that day and he caught his first fish.”

“I know I am not a quitter. My Big Brother taught me not to quit.”

Bryan has been through a lot, and Jay has been there to help him. “If he wasn’t helping me with all of the bullying, I would have killed myself,” Bryan says. “My Big Brother helped me talk it through and he let me know how much I mean to him.”

When the bullying about graduation began to seep into Bryan’s psyche, Jay stepped in. He spoke to Bryan’s counselor and assured Bryan that if he kept working hard, he would graduate. “We have talked through bullying, suicidal thoughts, smoking, skipping school, staying in school and finishing well,” Jay says. “Usually while we are holding a fishing pole or on the way to the mountains.”