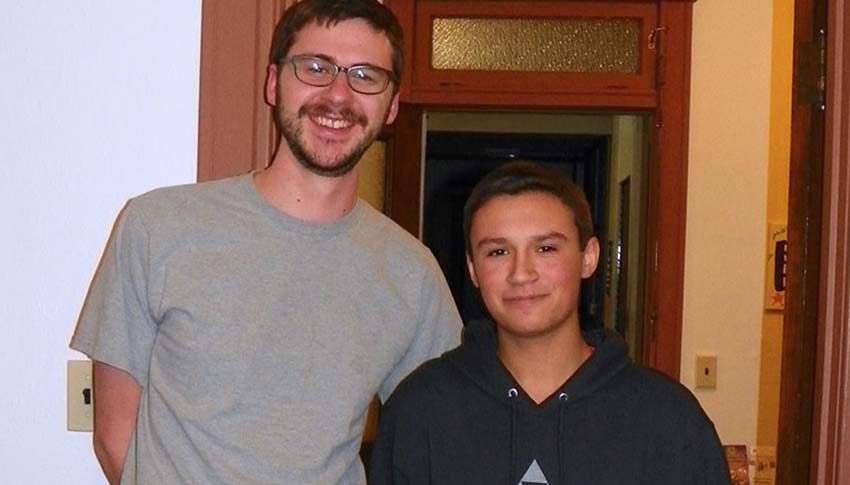 Big Brother Lee and Little Brother Nate have been matched for two years, during which time Nate has endured “unimaginable difficulties in his personal life,” Lee says. During the hardest parts of the past two years, Nate struggled a bit emotionally and academically, but he’s leaned on Lee to help him get through.

“When Lee came on board as his Big Brother, things really started to change for Nate,” Nate’s mom says. “Nate always comes home a different kid after he’s been with Lee. He smiles and laughs, and I can really tell that he enjoys his time with Lee.”

When a child is dealing with loss and other personal hardship, having a stable support system is key. When that support system comes in the form of a positive adult role model, that’s even better. “He always seems happy and no matter what mood I’m in, he can always say something that makes me laugh,” Nate says.

“I wish every child who needed a big brother in life could have a big brother as special and caring and considerate as Lee is with Nate. He’s truly a blessing, not only to Nate, but to me as well.”

Almost every week, Lee makes time to see Nate. No matter what they’re doing, Lee says, his favorite part is just getting to talk. “Nate has always been a thoughtful person, capable of intellectual conversation.”

It’s easy to see how much Nate has benefited from Lee’s involvement in his life, but the effect that the Little Brother also has had on the Big Brother isn’t lost on Lee. “Getting to know Nate has resulted in me being a more confident person,” he says. “And (it) has allowed me to realize that I have knowledge and experiences worthy of sharing.”