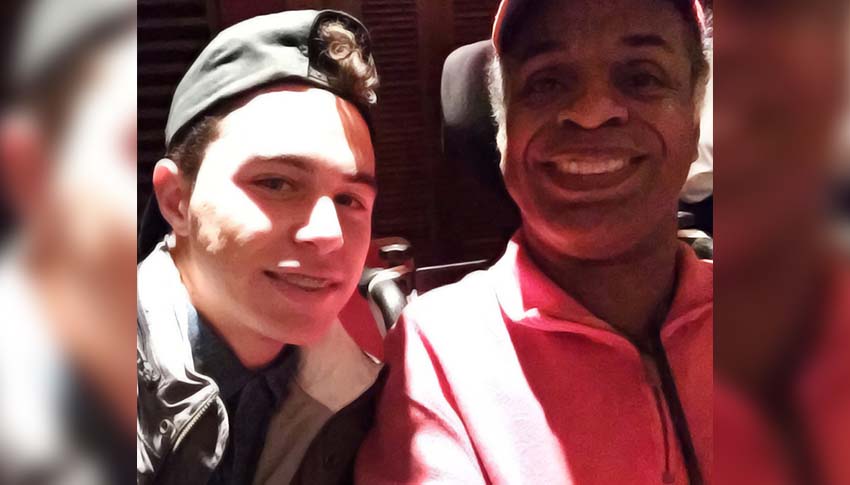 When Little Brother Kristopher’s mom made the decision to enroll her son in the Big Brothers Big Sisters program, she knew he needed some guidance. Little did she know that soon after being matched with Big Brother Richard, her son would lose contact with his dad. This event was one of the biggest challenges her son experienced and affected both his social life and his home life. Kristopher grew angry at the world and had very minimal communication with his mom. This is where Big Brother Richard stepped in and helped Kristopher cope with the loss of his dad. “Richard has showed me the brighter side of every negative situation,” stated Little Brother Kristopher. Richard knew that Kristopher didn’t need someone to lecture him and bring him down. Instead, “he fulfilled me with wisdom and knowledge, followed by corny jokes that always seemed to make me laugh in the moment,” added Kristopher.

Through constant motivation and commitment, Richard has showed his Little Brother there is a whole world to explore, no matter the challenges that life brings us. They are constantly going to events, plays, concerts and athletic games. “Every time we go, whether it’s eating, watching a play, or simply hanging out, he always guided me in the right direction and I have nothing but love and respect for him.” Despite Kristopher reaching his busy teenage years, he always makes time to meet with Richard. Their friendship and care for one another is apparent. Kristopher credits his improvements in life, such as doing better in school and communicating with his mom more, to his Big Brother. “I knew that mentoring him during these formidable years would help him become a more productive member of our community. He has truly enriched my life and shown me that it takes a village to raise a child,” mentioned Richard.

Growing up, Big Brother Richard realized that having a mentor is beneficial to kids like him who were raised in a single-parent household. Even though Richard is confined to a wheelchair, nothing has stopped him from accomplishing his dreams and creating impact by mentoring the youth in his local community. Throughout his career, Richard has assisted children throughout the Miami-Dade County Public School System by his work as a para-professional, and by creating various mentoring programs in a number of schools. Little Brother Kristopher has become a big part of this initiative by helping Richard set up the meetings and handle the paperwork to make sure each student is able to attend the program. Richard’s philosophy through his mentoring programs and in his relationship with Kristopher is that “leaders are not born, but grown through the positive influence and encouragement of their role models who took the time to mentor them.”