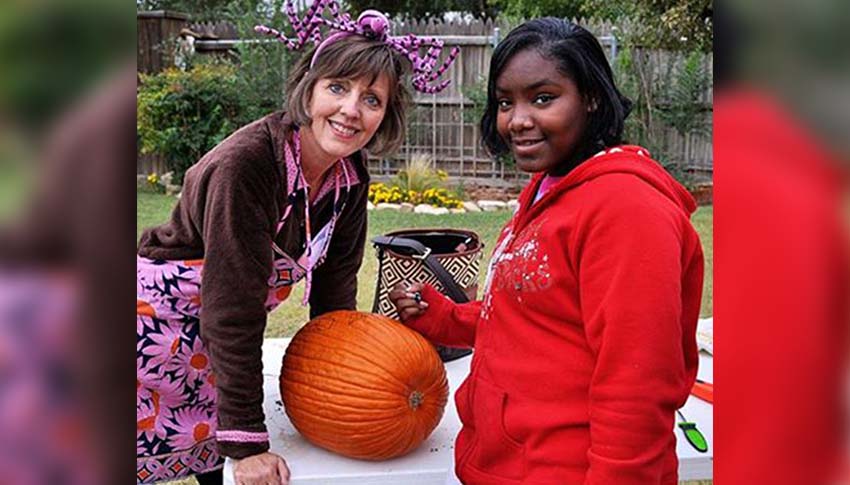 Dejanea is a quiet girl who had limited exposure to life outside of her family, school and neighborhood. Her mother wanted for her daughter to have an opportunity to experience things she couldn’t give her. In June 2012, Little Sister Dejanea would be matched with her Big Sister, Leslie. From the very beginning of their match, Leslie saw how graceful her Little Sister was, regardless of any struggles her family might be going through. Leslie has been instrumental in giving Dejanea a break from any troubles at home. They have built their relationship by going to the movies, going shopping, attending princess camp, spending the afternoon at Joyland Amusement Park, and playing at an indoor ropes course called Adrenaline City.

Big Sister Leslie loves giving back to her community any way she can and has instilled this in her relationship with Little Sister Dejanea. Over the past three years they have volunteered at the American Cancer Society Lubbock Hope Lodge, where Dejanea grew close with one of the residents, Tori. Little Sister Dejanea would take dinners to Tori and loved hanging out with her. Sadly, Tori lost her battle to cancer in January 2014 and this was one of the biggest heartbreaks Little Sister Dejanea experienced. From this tragic event, Leslie and Dejanea started a tradition in Tori’s memory, where they take dinner to the residents at the Hope Lodge once a month. “Being together and giving back has helped us heal from the loss of Tori. I share this story because of the impact it has had on Dejanea and me. I think our relationship has grown stronger,” stated Big Sister Leslie. She also added, “From Tori, Dejanea has learned the importance of education and to never give up.”

Academics has been a very big part of their story. Big Sister Leslie has helped Little Sister Dejanea improve on her grades and is even now enrolled in some Advanced Placement classes, where she has excelled. Dejanea’s mother is very proud of her daughter and is appreciative to Big Sister Leslie in all of the support she has given to Dejanea. “My favorite thing about Leslie is that she is just all around concerned for Dejanea, from school to personal feelings.” Through all the struggles that Dejanea has experienced, she has embraced all of the life lessons and thanks her Big Sister for always being there. “She always treats me like the daughter she never had. That’s why I’m going to treat her like the friend I never had.”