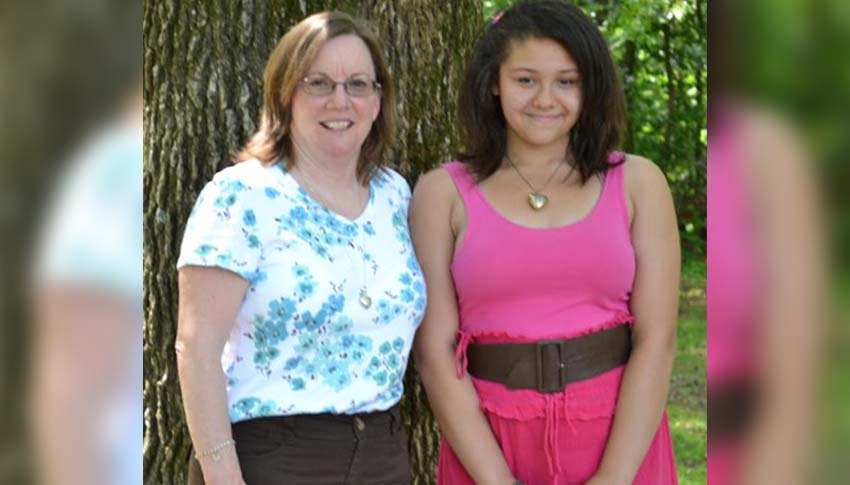 When Little Sister Asia got matched with her Big Sister Ginny, Asia and her mother were considered homeless. The home they lived in was damaged beyond repair in a wind storm. This struggle affected Asia’s social-emotional health. Asia’s mother also was restricted to stay indoors due to a Chronic Obstructive Pulmonary disease. “Because of my disease, I am not able to do as much with Asia as I would like to, and this is where Ginny fits in.” Asia’s mother knew that Asia needed someone to help her through this tough time in their lives and put her in a path to success.

Prior to being matched with her new Little Sister, Big Sister Ginny was nervous about the possibility of having another Little. Ginny had just completed an 11-year match through Big Brothers Big Sisters of Southern Illinois. She had thoughts such as “what if it doesn’t work this time? What if the new girl doesn’t like me? What if we cannot find things to do together?” All of these worries were lessened in their first meeting. They met around Asia’s 11th birthday; her mom kept the match visit a surprise as Asia had been waiting so long and did not want to disappoint. Asia was very interested in Ginny’s previous match and when she learned that it lasted as long as it did, she got excited that her new Big Sister was committed. “Asia declared that getting matched to me was the best birthday present she could ever wish for,” said Big Sister Ginny.

The match started out with trips to local parks, pizza dinners and a little bit of homework help. Big Sister Ginny wanted to learn more about her new Little Sister, so they also played games like 20 questions. Ginny worked to lay a foundation of trust, understanding and safety, which allowed Asia to bloom. Big Sister Ginny offered many resources to help advocate for the family for the recovery of items lost in the storm and for housing assistance. Through these efforts, a local sorority took note of the match relationship, providing items like clothing, school supplies, art supplies and other small tokens of encouragement throughout the year. This small act helped Ginny convey the message that people truly care about Asia’s success in life.

The support Asia received inspired them to develop new traditions every year where they help others. Every fall they help a friend prepare for a big Halloween party, cleaning and decorating and making piñatas. Near Christmas, they make dozens of homemade cookies to share, as well as see the production of A Christmas Carol. In the spring, they help out at the annual Bowl For Kids’ Sake event.

Ginny has also encouraged Asia to think holistically about her health, learning better eating habits, utilizing community assets like parks, open gyms and other activities for physical exercise, and being more aware of her social-emotional wellbeing. Little Sister Asia and Big Sister Ginny celebrated their five-year anniversary earlier this year and couldn’t be more excited for what the future has in store for them. “I think this is mostly what a sisterhood is all about: having someone to live, love and laugh with,” said Little Sister Asia.