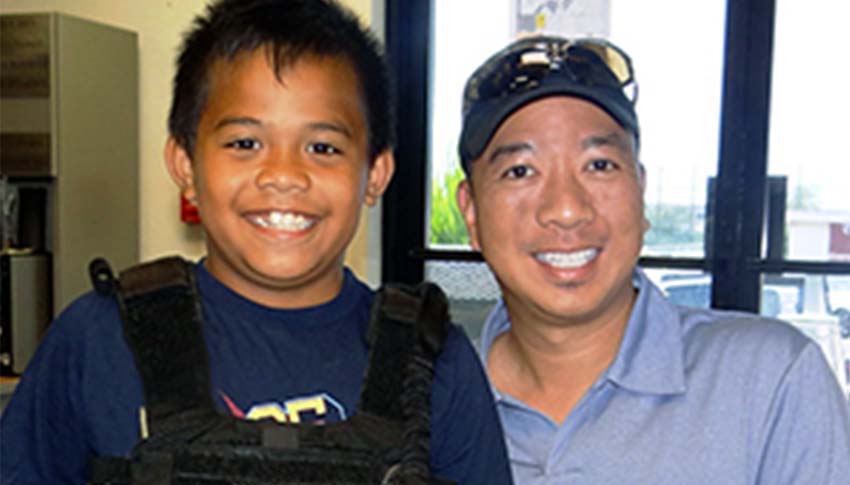 Eight-year-old Mingo was the youngest of six children. With his parents unable to care for Mingo and all his siblings, they were set to be separated. Some would go to live with a grandparent, and the rest, including Mingo, to be placed across different foster families. To keep that from happening, Mingo’s grandparents took in two children, and Mingo’s aunt graciously opted to raise Mingo and his three other siblings on her own.

Aunt Nita sacrificed to keep Mingo’s siblings together, hoping to spare them any further trauma. To help ensure that each child had a positive influence, she signed them up with Big Brothers Big Sisters Hawaii. Before long, Mingo was matched with his Big Brother, Tim.

Tim quickly proved to be an impactful presence in Mingo’s life. Mingo seldom spoke at school until he spent more time with his Big Brother Tim. Mingo’s teacher even noticed his transition as he went from withdrawing during class discussions to fully participating.

As Tim and Mingo’s relationship grew, they developed a strong bond of trust. In time, Mingo felt comfortable approaching his Big Brother to talk about the things that worried him. One example is when Mingo worried about his Aunt Nita when she needed some medical work done. After sharing his fears with Tim, Mingo was able to work through his worries, thanks to the support of his Big Brother.

Little Brother Mingo feels secure talking to his Big Brother about all sorts of things, including when he’s scared, sad or even just having a bad dream. Tim considers Mingo to be a part of his family. They see Mingo as a special part of their lives. The feeling is mutual.

“I have only one BFF, and it’s Uncle Tim,” Mingo said.