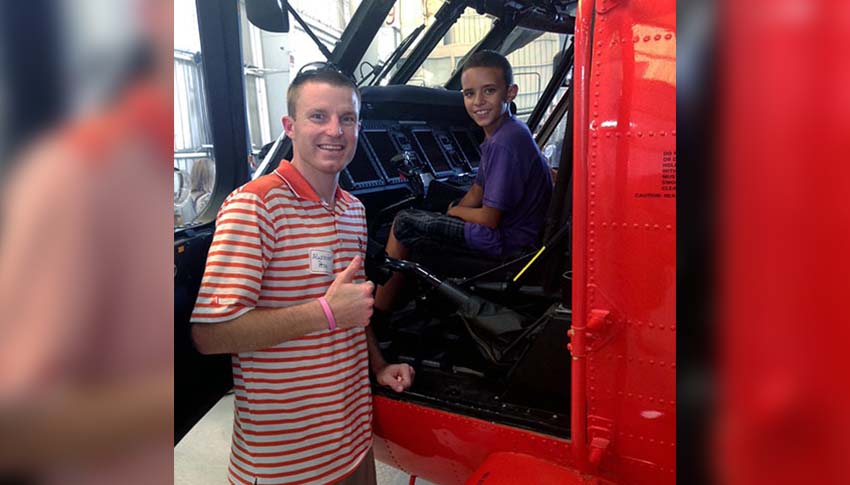 Sean lives with his mom and sister. His mother, realizing that he needed someone in his life to be a male role model, signed him up with their local Big Brothers Big Sisters program in Tampa Bay when he was eight years old. She hoped to find a “special person” whom Sean could confide in, look up to and respect.

Nearly three years ago, Sean was successfully matched with his Big Brother, Alex. Ever since then, the pair has gotten together every other weekend, spending time doing all sorts of fun and interesting activities. Alex quickly picked up on the fact that Sean has a strong thirst for knowledge, always wanting to know what things are, and how they work.

So while they still often participate in some of the more typical agency-supported events, like going to Tampa Bay Rays and Buccaneers games, they also have really enjoyed working on projects together. After a trip to Home Depot, Sean and Alex built a soccer goal together. They have also built a birdhouse and put together some shelves for Sean’s bedroom. These sorts of activities were completely new to Sean, and he never would have had the opportunity to enjoy them without his Big Brother.

During their time together, Alex makes it a point to always encourage Sean to do better, try harder and to make good choices, but in a way that does not come across as lecturing. Sean’s mother feels that because of this, Sean really thinks about the different things he and Alex discuss.

“Sean has a great outlook – he never complains, is always up for trying/doing new things, is a hard worker, and likes to have fun,” says Alex. “I hope he looks up to me, but I actually appreciate the example that he sets for me too. Spending time with him and watching him grow has been an extremely rewarding and positive experience for me.”

According to Sean’s mom, the biggest changes she has noticed in him are in his attitude and behavior at home. He is generally nicer to his family and helps out more around the house than he used to. She feels that much of this comes from Sean wanting to work hard, and do better, all to make Alex proud.