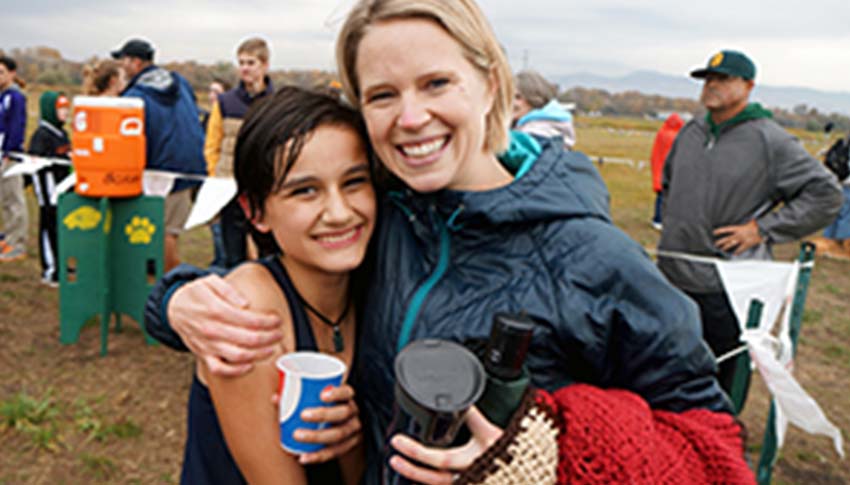 Ryana enrolled in Big Brothers Big Sisters of Southwest Idaho at the age of six. Raised by her grandmother, Ryana grew up with five siblings. Her grandmother became concerned that Ryana would not get the one-on-one time that a growing child needs, and she wanted someone who could help expose Ryana to new experiences and opportunities. In 2006, she met her new Big Sister Katie.

One day, while Katie and Ryana were out hiking, the topic of running came up. Ryana bragged about how fast she ran a mile during one of her PE classes her eighth grade year. She had expressed interest in running before, but was hesitant to pursue it due to the cost of participating in school organized sports. Katie went to work, contacting various people at Ryana’s school and was able to secure a scholarship for her to join cross country!

Katie had asked to be kept in the loop on Ryana’s progress, and partway through the season, the coach contacted her to inform her that Ryana had been routinely missing practices. After picking Ryana up from school that day, Katie took the opportunity to discuss honesty and responsibility with her, turning a not so good situation into a positive learning experience. They ended the evening with a nice dinner, and then washed Katie’s car for a little penance.

After that experience, Katie’s next update from Ryana’s coach could not have been better. In fact, the coach informed her that Ryana was set to race in the district tournament. After presenting Ryana with a good luck necklace, Ryana ran a personal best 5k time, helping her team to qualify for the state tournament, where she ran even faster! She has committed to run track in the spring, now considering herself an athlete, runner and an important part of her team.

Over the past eight years, Ryana and Katie have developed a strong relationship, due in part to Katie’s consistency, commitment and high-spirited disposition. You can help other children like Ryana who need someone in their lives to be there for them; to always show up or to be ready to talk. Support Big Brothers Big Sisters today with a donation or by volunteering.