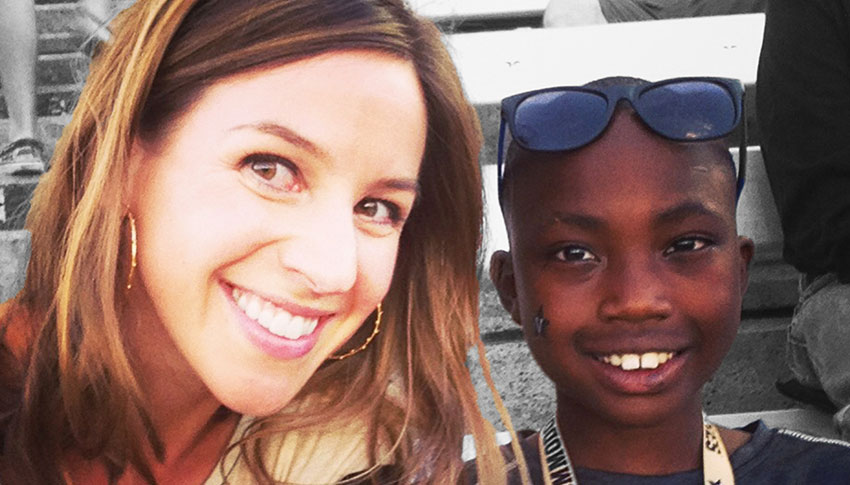 At 11, Little Brother Darius already has college plans. He’s going to be a Vanderbilt University Commodore, like his Big Sister, Ann.

When Big Sister Ann first volunteered to become a Big, she envisioned being matched with a Little Sister. But the waiting list for Big Brothers is often much longer than the waiting list for Big Sisters, so she was matched through BBBS of Middle Tennessee with a Little Brother. “The thing I admire most about Darius is his fearlessness,” she says. “He may be a little smaller than other boys his age, but the child is determined, full of self-confidence and a positive attitude.”

“I plan to grow up and be successful so that I can become a Big myself and show other kids how to enjoy life.”

The two have bonded over sports and adventure, and Darius says the best activity they have done together is ziplining. “We had 10 obstacles to go on, but the last one was the best, because it was the longest and highest line,” he says. It’s no wonder Big Sister Ann describes him as fearless.

A couple of years ago, Big Sister Ann enrolled Darius in a summer football camp at Vanderbilt. He was immediately at home on the college field. “When I walked him into the camp, he was greeted with high fives, fist bumps, and overwhelming welcomes from the Vandy crew who knew him from being at events,” his mom says.

At camp, Darius learned to run in cleats, throw a spiral, and catch with both hands. He says the experience empowered him to try out for the school football team.

On the last day of camp, the coaching staff gave out awards for the kids’ achievements during the week. Darius was awarded “Best Attitude.” Ann says she was prouder of that award than anything else he could have earned.

“This child who I know to be fearless, confident, and positive was being recognized for those very things by a totally impartial collegiate coaching staff,” she says. “I realized then that the most meaningful thing that I can do for Darius is to nurture those instincts.”

With a Big Sister like Ann, it won’t be long until Darius is continuing to nurture those instincts at Vanderbilt University.