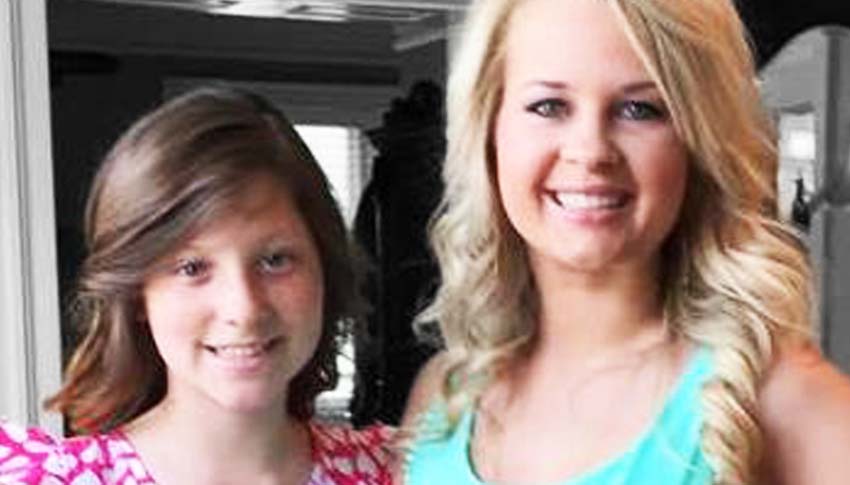 At 5, Little Sister Bailie was elated when she met her new Big Sister.

Amber had decided to step up as a Big Sister not long after her 18th birthday. “Bailie doesn’t know how much she influenced me as a young adult,” Amber says. “As [with] any college student, there were many times that I could’ve made the wrong choices. But I knew there was a little girl looking up to me as her role model, and I would not dare jeopardize that.”

“Over the years, our relationship has grown stronger and stronger. We’ve laughed and cried together, experienced losses, accomplished goals, gained friends, and learned life lessons. We’ve gone through most of her life as “sisters,” and I know we will always have that bond.”

At times, Big Sister Amber was the only consistent person in her Little Sister’s life. Bailie was moving frequently, fleeing unstable and dangerous situations at home. Amber stayed available to Bailie through it all, even when Bailie’s placement with a new guardian meant she had to move 20 miles away. “Amber has taught her about commitment and loyalty when Bailie felt rejected by her parents,” Bailie’s aunt says. For a child dealing with feelings of rejection and abandonment, trust can be a challenge. Big Sister Amber’s consistency has helped Bailie regain her trust in adults. “Amber makes me feel safe, and I know she will never leave me behind,” Bailie says.

Big Sister Amber has also encouraged Little Sister Bailie to focus and strive to be a better student. “Bailie’s parents didn’t work or have an education, so Bailie had never been told to do well in school, and had never heard of college,” Amber says. Now, Bailie believes that if she works hard, she will be able to go to college. She wants to be a veterinarian. “My hope is that not only will she be successful in a career one day,” Amber says, “but that she will also reach out to other children and be a role model as well.”

Throughout her tough childhood, Little Sister Bailie has struggled with self-confidence. “She had been told so many negative things that she didn’t see how beautiful she is, inside and out,” Amber says. By including her as a bridesmaid in her wedding, conducting countless makeup and hair styling sessions, and being generally positive and encouraging, Amber has helped Bailie feel good about herself and deal with bullying. “She shows me how to stand up for myself and what’s right. She shows me how to care for other people,” Bailie says. “Amber shows me how to be beautiful inside and out.”